You are here: Home > Things to Do > Game of Thrones® Tour – Filming Locations Cycle Tours at Winterfell Castle 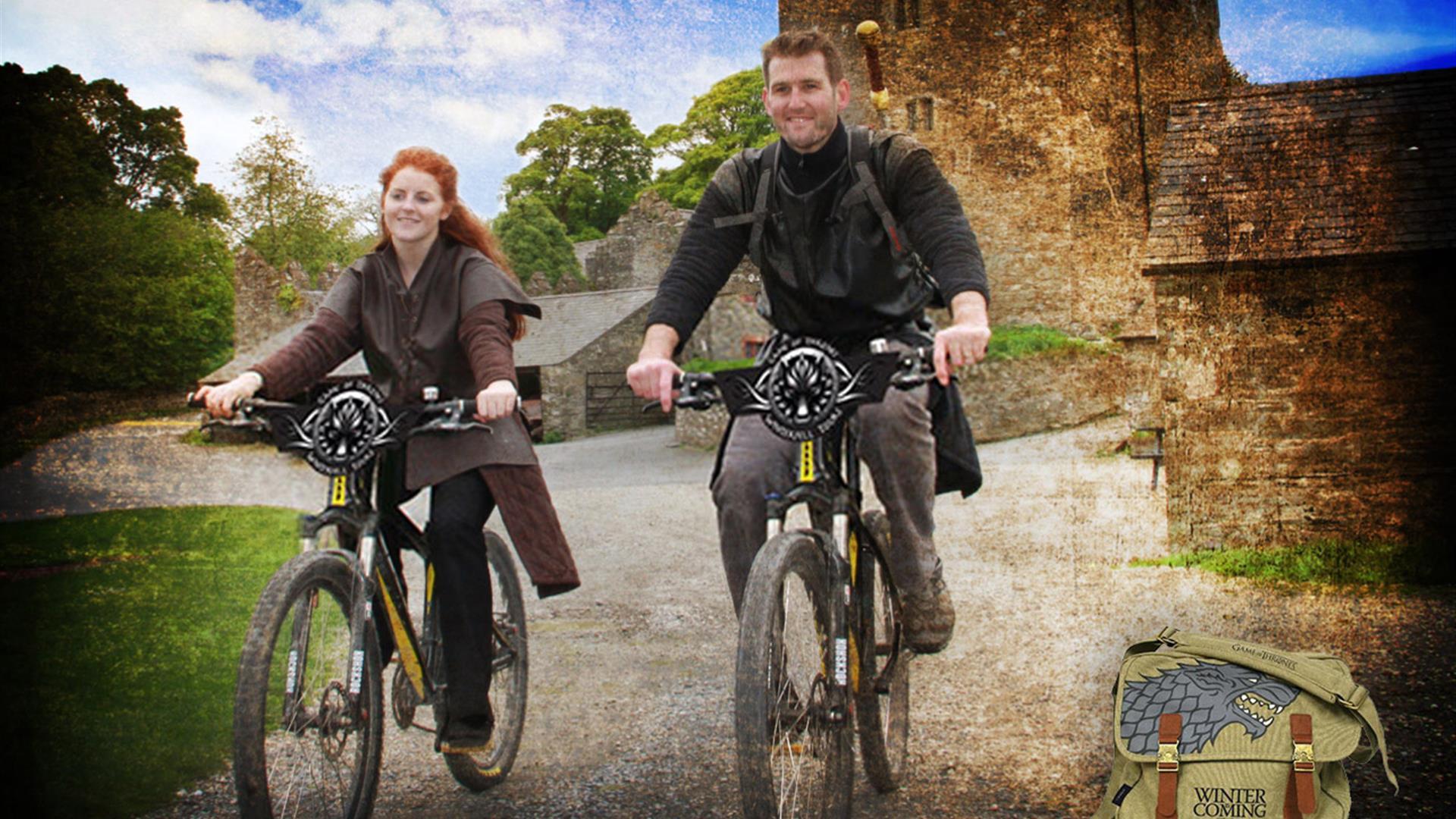 There are 2 self guided Game of Thrones® cycle tour options:

So now is your chance to tour these epic filming locations for yourself and recreate your own favourite scenes from Game of Thrones®. Firstly you will meet the Master-at-Arms in the ‘Armory & Forge’ who will issue you with a Game of Thrones® tour ‘Stark Sack’ to ensure you can protect yourself deep in the North!

Medieval Scroll Game of Thrones® Filming Locations map (you can keep this as a memento!) plus some supporting images and text for each tour filming location
Medieval Cloak costumes
Game of Thrones® Stark Family live action role play swords

Includes exclusive ‘iPad with Game of Thrones® Locations app’ – this app lets you view clips from the show when you are actually standing at the exact set locations out around the demesne. This really brings the whole experience to life and also reminds you of some of scenes you may have forgotten about a wee bit!

This activity is independently operated by Clearsky Adventure Centre. It is not sponsored, endorsed, or affiliated with HBO or anyone associated with ‘Game of Thrones®’.