You are here: Things to Do 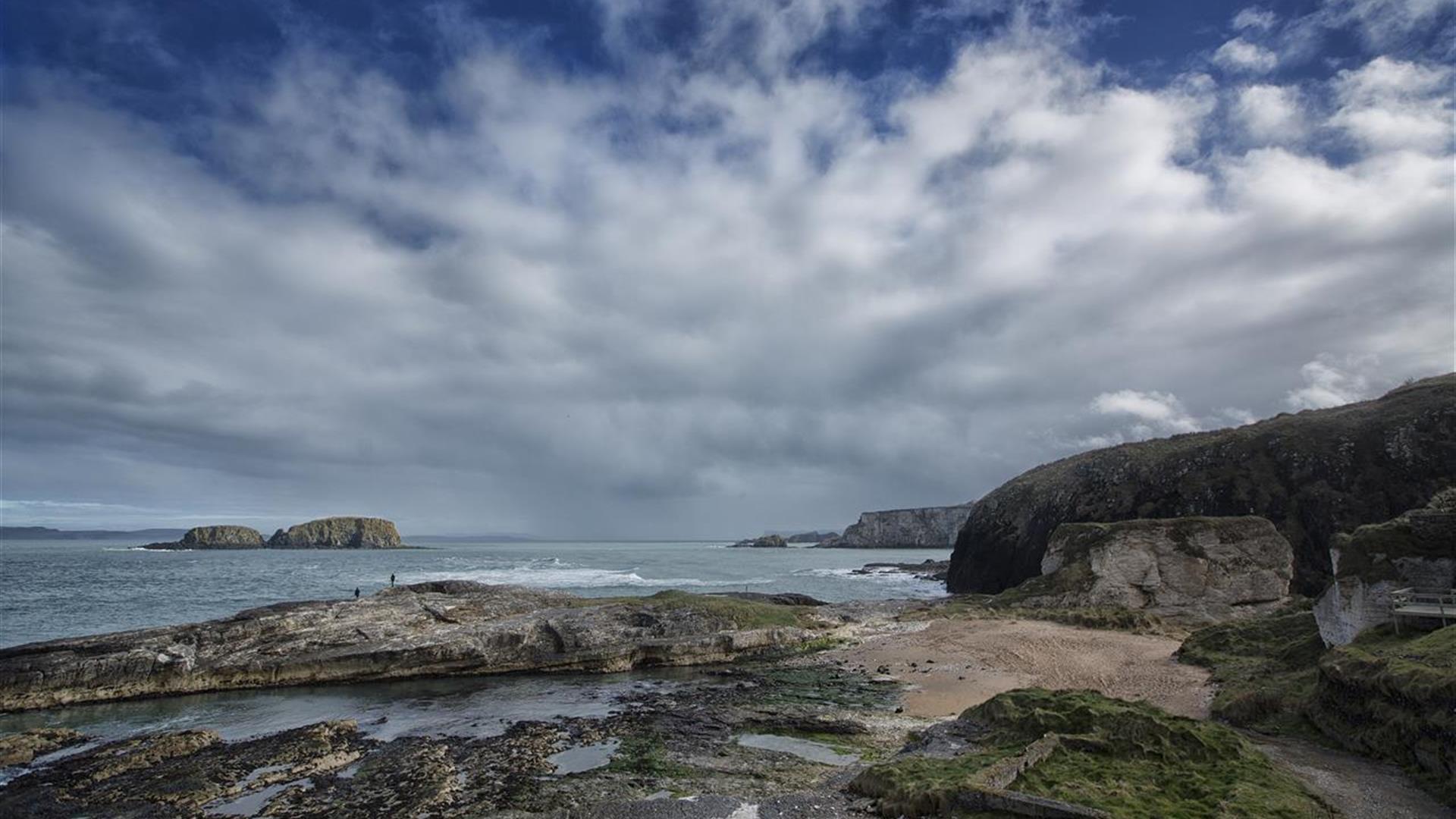 Our tour will start at the old ruins of Dunseverick Castle and take us along the beautiful Causeway Coastal Path. We will visit Dunseverick Harbour, pass through Portbradden and run along White Park Bay beach before we make out way towards the Game of Thrones® filming locations of Ballintoy and Larrybane.

Ballintoy Harbour has become synonymous with Pyke and the Iron Islands. When we stop here you will get a chance to imagine you are in Lordsport Harbour waiting for Theon Greyjoy as he sails to Pyke with the aim of seeking an alliance between the Greyjoys and Robb Stark (Season 2).

You can also visit Ballintoy Beach, which was used for the funeral scene of Balon Greyjoy and the rebirth of his brother Euron (both Season 6).

Larrybane was the filming location used for Renly Baratheon's camp in The Stormlands (Season 2).

You can also stand on the exact spot of the Kingsmoot on the Iron Islands (Season 6). Feel like Yara or Theon as they stake Yara's claim for the throne. Or join the gathering like Euron, to make his claim.

This route may require trail shoes depending on the weather but can be completed in normal trainers with care. The route is quite undulating with a steep climb at the end. It also involves climbing over rocks at each end of White Park Bay beach. But remember, the tours will be at a pace that suits you so walking parts of it is fine (that's what I do).

This tour is independently operated by Born To Run Tours. It is not sponsored, endorsed, or affiliated with HBO or anyone associated with Game of Thrones®.

The meeting point to start is the Dunseverick Castle car park on the Causeway Road.

This tour is approximately 10km.

* Tours can currently be booked for anytime on a Saturday and Sunday or before 09:00 and after 17:00 Monday to Friday.