You are here: Home > Things to Do > Dooey's Cairn 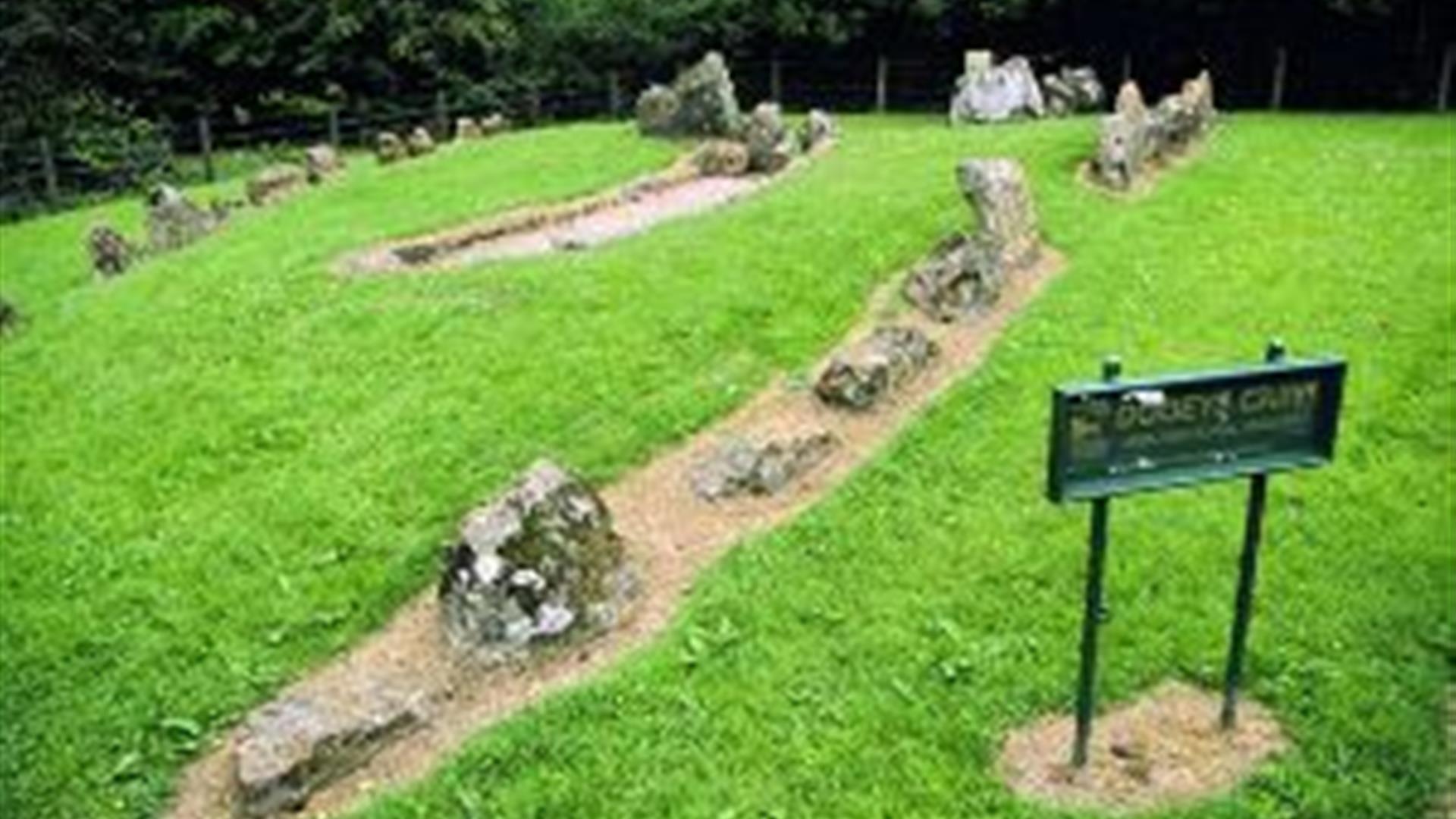 Dooey’s Cairn is a Neolithic tomb dating from c.4000-2000 BC. This is the best preserved court tomb in the Causeway Coast area. It is named after Andrew Dooey who owned the land. His family granted it to the government in 1975.

It was excavated twice, in 1935 and 1975. It consists of a U-shaped forecourt that leads into a small chamber. Behind the chamber is a cremation passage, containing three pits, one of which held the remains of several individuals. This form of cremation passage is the only one of its type found in Ireland.

During the excavations, archaeologists discovered various artefacts e.g. polished axe heads, flint arrows and decorated pottery. Evidence of cereal seeds were also discovered, implying that early forms of agriculture had been introduced into this region at the time of the burials.

Dooey’s Cairn is maintained by the Northern Ireland Environment Agency and is accessible to the public.

Dooey's Cairn' has become known far and wide among prehistorians.

These tombs are remarkable for many reasons. Of particular interest are the huge stones (or megaliths) used to construct them. The megaliths were often carried a considerable distance to the site of the tomb. They were probably transported along rivers and then drawn to the site by rolling them over logs – it would be hundreds of years until the wheel would be used in Ireland

* Open all year round