You are here: Things to Do > Ashbrook 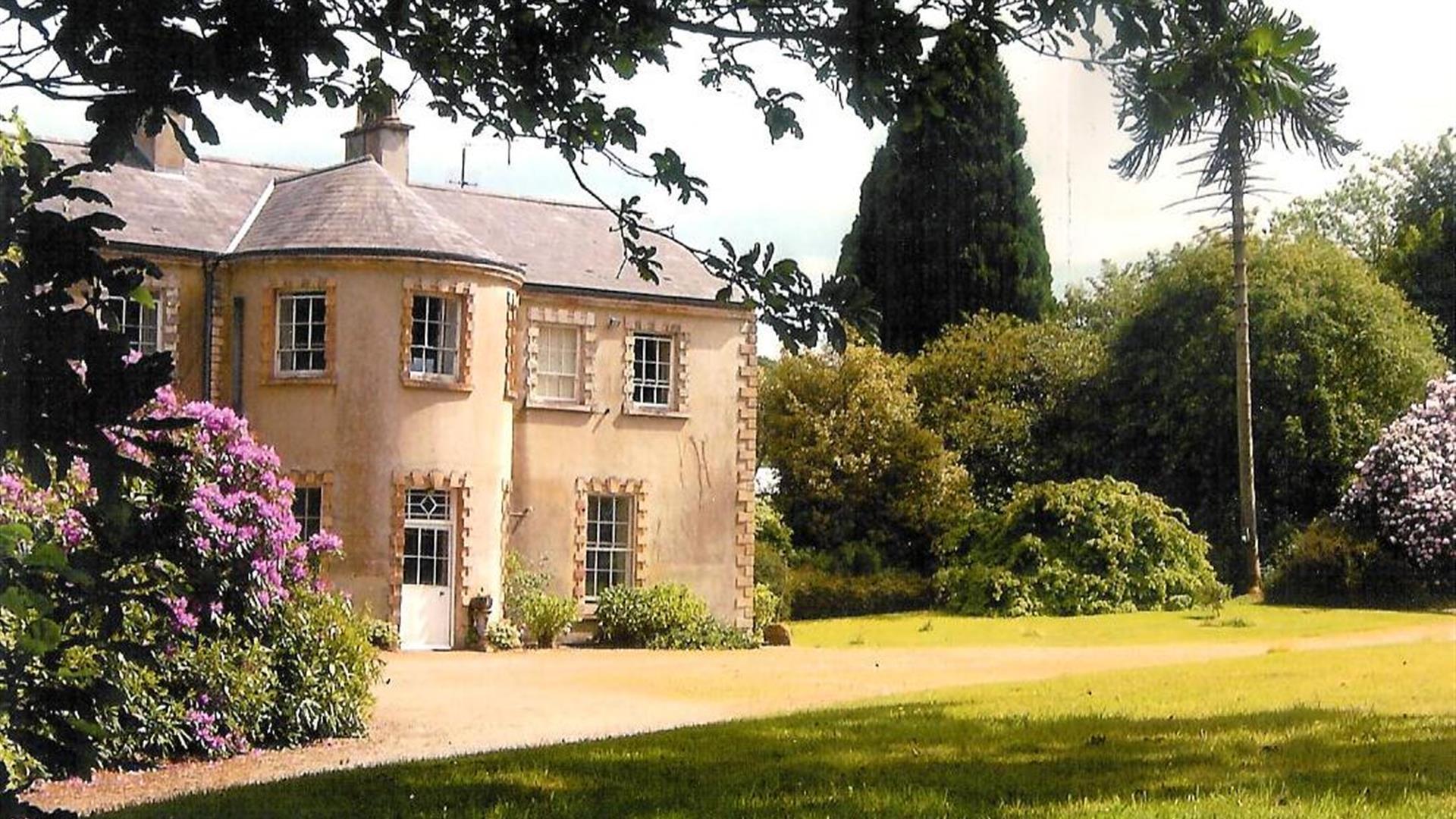 Ashbrook has been family home of the Ash family since before 1595. The Honorable The Irish Society records the Ash family as one of only four 'native land owners' prior to the plantation. It is set in 30 acres of mature parkland on the outskirts of the city of Londonderry- The Maiden City, made famous by the Ulster Plantations and The Siege of Derry. The Ash family is the only family who have lived in the same house continuously in the North West.

The oldest part of the house was built circa 1590 by George Ash. Prior to this there was probably a Bawn on the site, as we know that Thomas Ash arrived in Derry following his marriage in 1530 in County Meath. During the Siege of Derry 1689 Ashbrook was partially burnt by King James I troops as the Ash family were besieged in the city. Captain Thomas Ash wrote the most widely accepted diary of the Siege MSS Ash. His sister Jane was married to Captain Browning who famously broke the Boom with the flagship The Mountjoy.

In 1760 General Thomas Ash added the front 6 rooms to Ashbrook. Unfortunately the architect's records were lost in the burning of the records office in Dublin in 1917. However the original plans still exist of all the drainage system for the estate (fields and house) from the plumbers who installed the first flushing loos and baths in 1911.

In the early 1940s Ashbrook played host to the US Marines who had part of the Base Camp One Europe on the farm. The then owners Major Beresford-Ash and his wife Lady Helena Beresford-Ash were asked by King George VI to host General Goerge Marshall, Averell Harriman and Harry Hopkins who were inspecting their troops in Londonderry.