You are here: Home > Food & Drink > The Union Street Bar 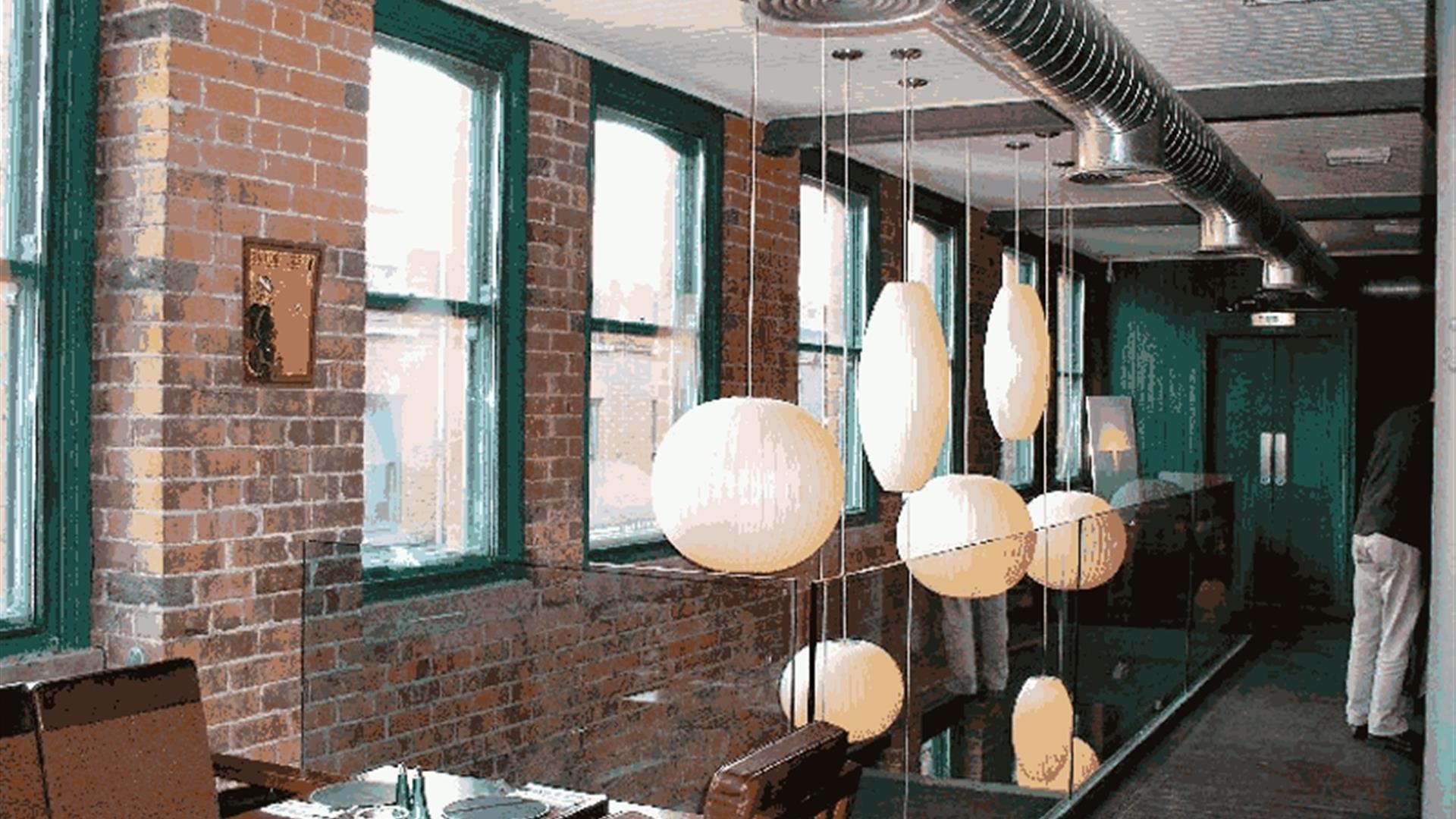 The Union Street Pub and Restaurant opened its doors as a bar in December 2003 and the restaurant was launched in January 2004. The downstairs bar area is bustling in a chilled out kind of way; upstairs quieter for eating, although you can still enjoy the bar atmosphere as it’s fairly open plan. It’s a renovated old shoe factory, with lots of old brick, wooden floors and a beautiful long zinc bar. Fixtures and fittings are tastefully retro with a bit of industrial thrown in – Sixties-style chairs, Victorian flushes and Belfast sinks with futuristic taps in the washrooms. At night, there are candles and gas fires to cozy up to. The Victorian pillars still bear the date stamps of when the building was constructed but have been brought into the 21st Century with the addition of LCD screens viewable from anywhere in the bar. The restaurant serves an excellent selection of imaginative and wholesome dishes. The lineup is largely Mediterranean, with sun-dried tomatoes, olives, fresh herbs, feta cheese, cured meat and olive oil predominating. Throw in are a few chick peas, great coffee and a sprinkling of paprika and you get the general idea. As for the clientele, there's a good mix of gay and straight. It's a funky under 40's crowd at night, but unlike many city centre bars, there's no 'edge'; it's all very civilized with everyone just enjoying a few drinks or a bite of grub.