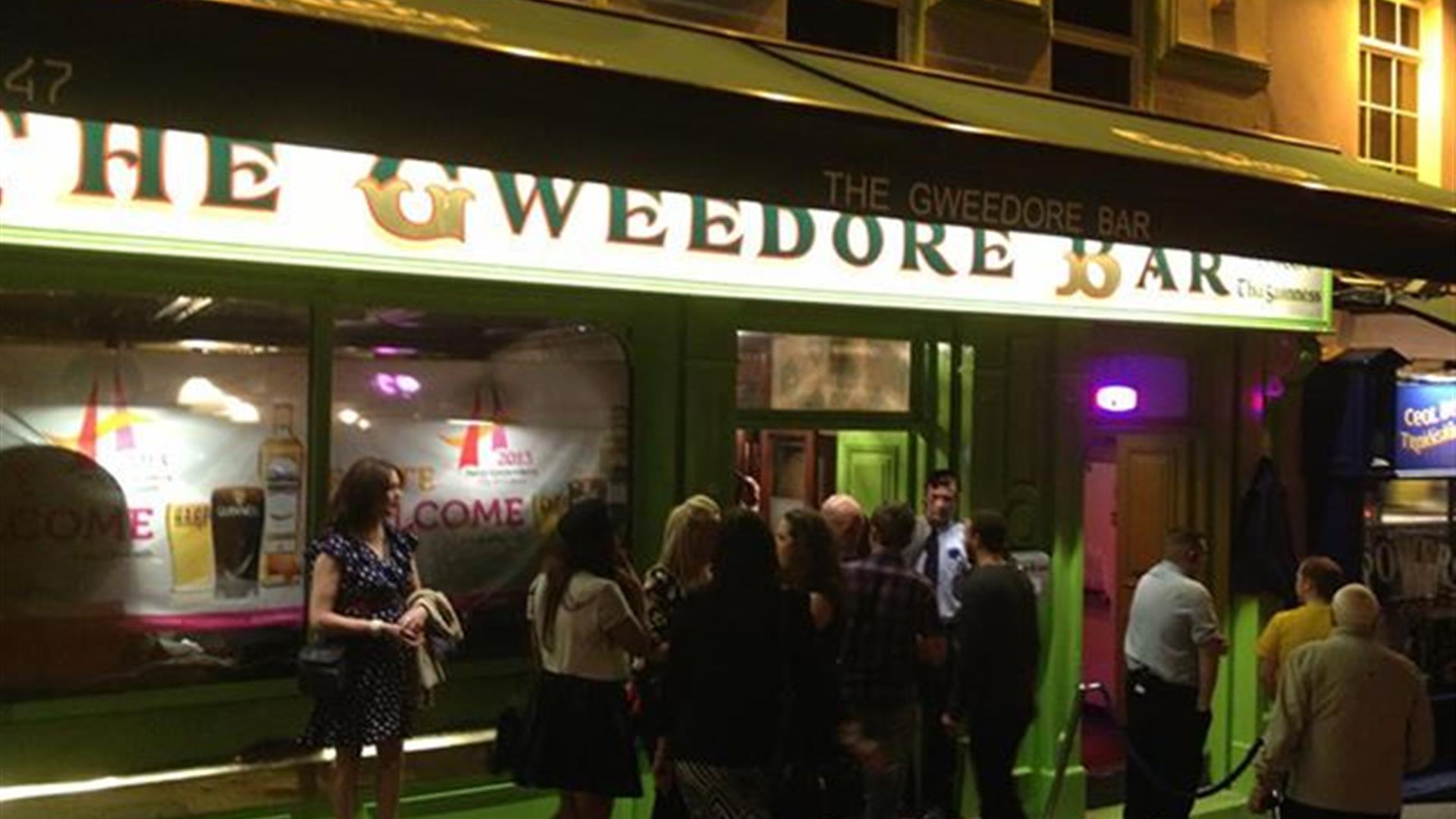 Peadar O'Donnell's is famous for its live traditional music nightly, friendly atmosphere, grocer pub decor and flag collection. The Gweedore is a live bands venue.They are adjoining bars providing traditional and contemporary music every night in a distinctly Irish setting.

Gweedore- A legendary name in the city and the North West, the Gweedore has long enjoyed a reputation both as a mecca for pop and rock music and as the perfect venue for that other favourite local obsession, the long, languid chat over a pint of stout.

Extensively refurbished in recent years, the Gweedore has not allowed its smart new look to go to its head, its still the same old friend which exudes a unique warmth and charisma. Upstairs this old friend has acquired a taste for putting on its dancing shoes and happily plays host to some of the best funk and alternative discos around. These include Monday nights PUNT Club Disco, Saturdays Twilight Zone and Friday nights Liberation Disco and Live Bands.

Peadar O' Donnell's - The home of live traditional & contemporary music in Derry. On our premises we have 3 different bars – Peadar O’Donnells, the Gweedore Bar and Gweedore Upstairs.

Peadar's is known throughout the world and is a must visit location for the many tourists that flock to Derry in ever increasing numbers. We are famous for, among other things, our live music which is largely organised but has regular impromptu sessions from either local musicians or visiting performers.