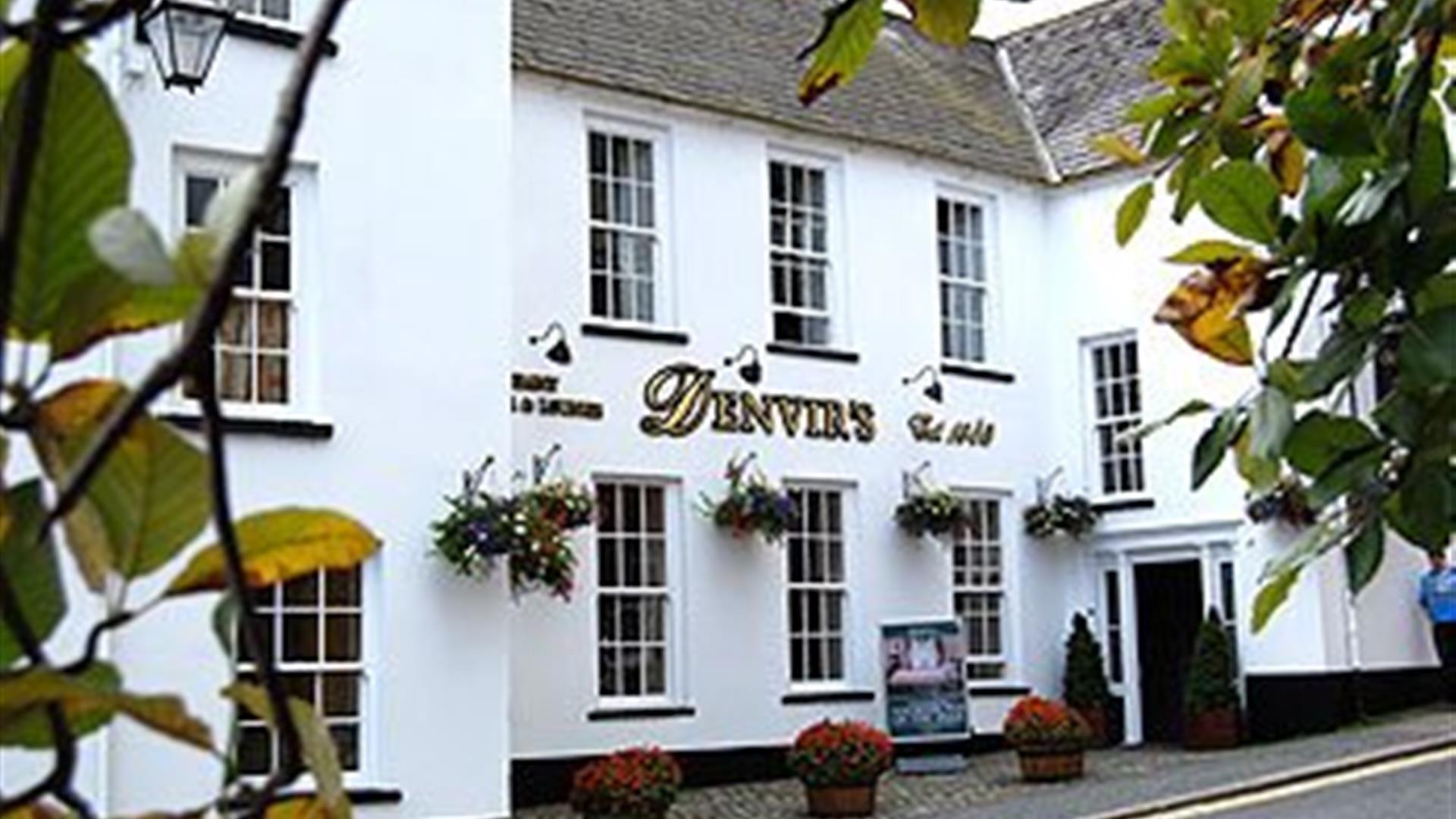 Established in 1642 by John and Ann McGreevy, Denvir's was the first Inn in Downpatrick. John had been a soldier in the army of Charles 1 and accepted the land as payment for his services. The premises are steeped in history some examples of which are as follows.

In local tradition Denvir's is said to have the privilege that in the recess on the frontage to English Street, a debtor could not be arrested for so long as he chose to remain. This is thought to have resulted from the right of sanctuary transferring from the Cathedral when it was in ruins. However, present day defaulters might be unwise to rely on the protection of this tradition!

Mrs Delaney, the diarist, a friend of Dr. Johnston and other literary notables of the 18th century was a frequent visitor to Denvir's. Married to the Dean of Down, they, and their guests required to be fortified by massive breakfasts, and even larger dinners before and after service. Her diaries provide a great insight into life at the time.

The association with the name Denvir stretches back to the late 18th century. A local family of Norman extraction probably d'Anver originally. One member of this family, in the middle of the 19th century, after service in the American Army, headed the ordnance survey of the Rocky Mountains and gave his name to the town of Denver, Colorado.

The Inn is mentioned in broadsheets dealing with a famous election in County Down in 1805, when Castlereagh was defeated by a coalition of local gentry supporting Mr. Arthur Meade, the nominee of the Earl of Downshire. At that time, tenants with the vote were required to do so openly under the eyes of their landlord and there was much corruption. For it's role in this process, the headquarters of Mr. Meade, the Inn was described by a disgruntled opponent as "Denvir's Hot Hell".

During his repeal campaign, Daniel O'Connell visited Downpatrick and was feasted at Denvir's. After he addressed the crowds from the upstairs window of the drawing room.